A volume of poetry by Alison Hackett published by 21st Century Renaissance.  A memoir of love and loss. The voice of a twelve-year-old emerges through the lens of a fifty-two-year-old in the opening poems. Family and home, people and place anchors this debut collection by the author of The Visual Time Traveller. 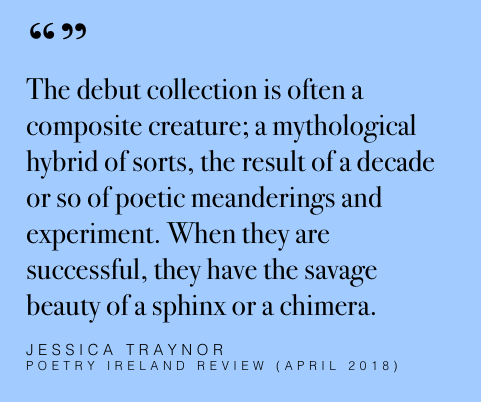 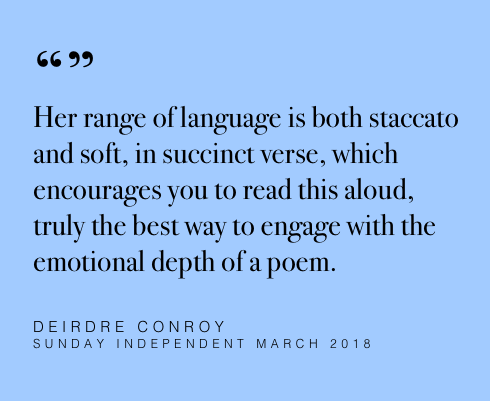 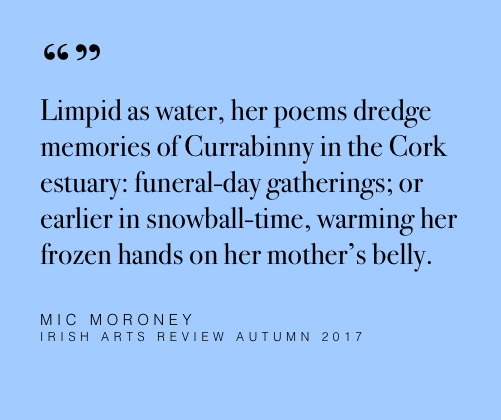 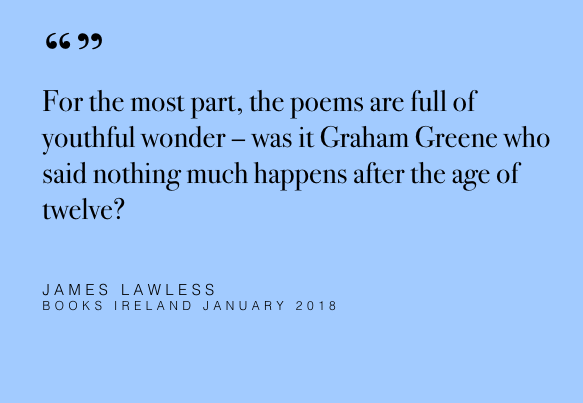 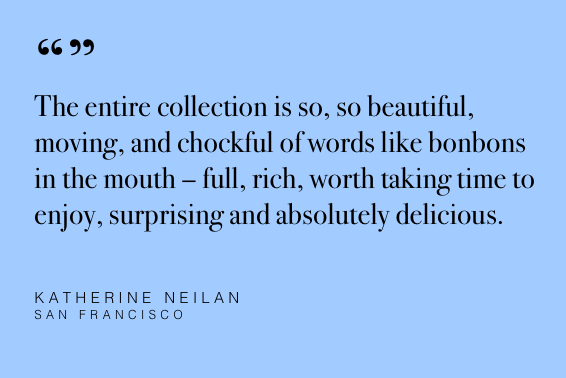 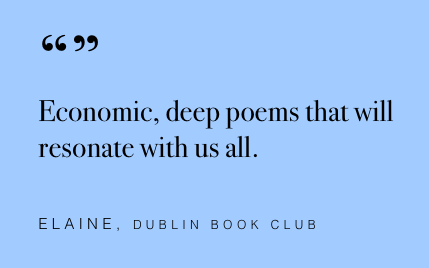 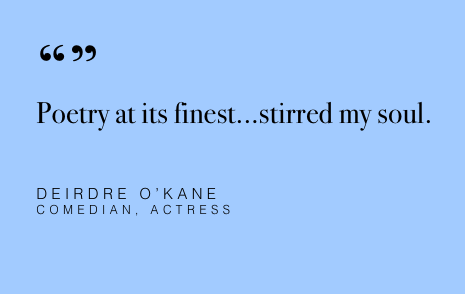 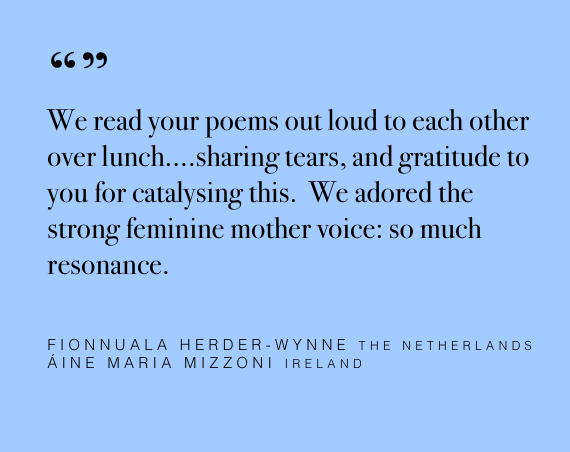 "The debut collection is often a composite creature; a mythological hybrid of sorts, the result of a decade or so of poetic meanderings and experiment. When they are successful, they have the savage beauty of a sphinx or a chimera."  JESSICA TRAYNOR, Poetry Ireland Review (edited by Eavan Boland)  Issue 124 Spring 2018

"Her range of language is both staccato and soft, in succinct verse, which encourages you to read this aloud, truly the best way to engage with the emotional depth of a poem." DEIRDRE CONROY, Sunday Independent, 25 March 2018

"For the most part, the poems are full of youthful wonder – was it Graham Greene who said nothing much happens after the age of twelve? However, as if by way of light relief, the p.s. added final poem in the collection, Poets and their editors down in the school yard, is a hilarious sendup of prissy workshop poetry editors." JAMES LAWLESS, Books Ireland January 2018 and Ars Artium An Internationl Research Journal of Humanities & Social Sciences

​"Limpid as water, her poems dredge memories of Currabinny in the Cork estuary: funeral-day gatherings; or earlier in snowball-time, warming her frozen hands on her mother’s belly. Or hunting crabs with her father in Ringabella bay, and boating them back as ‘they froth and bubble in the choking air.’" MIC MORONEY, Irish Arts Review Autumn 2017

"Poetry at its finest...stirred my soul." DEIRDRE O'KANE, comedian and actress, Dublin

​"I woke up early on Saturday morning and watched the sun rise, over Power Head, from a cottage window in Fennells Bay; by chance at the same time I happened to pick up ‘Crabbing’. I couldn’t put it down and really enjoyed the peace and quiet while I read your flowing words.  What a beautifully produced book of personal poems." DERMOT O'FLYNN, Crosshaven, Cork

"I heard some of  your broadcast last evening....strangely I found the verse far more compelling listening on the radio rather than the distractions of visuals and audience when at RDS."  GERRY, Dublin

"The entire collection is so, so beautiful, moving, and chockful of words like bonbons in the mouth – full, rich, worth taking time to enjoy, surprising and absolutely delicious.  You are a gorgeous poet – both in the word choices, the specificity, and also the music in the cadence. The rhythm is  quite hypnotizing.  It’s so personal and visceral and true.
And there’s humour in there too! (rabbit’s aorta…) I feel like marking up the book with all my comments (of pleasure, glee, poignancy) and sending it back to you;" KATHERINE NEILAN, San Francisco, U.S.

"We discussed Crabbing at our book club last week.   This is a wonderful book, intimate but accessible, the vulnerability is clear but those friends that have lost family members found great comfort in reading it.  Your journey from daughter to mother, and the loving and leaving is beautifully expressed.   One friend mentioned a young schoolfriend whose also did not know that her mother was dying, and her vivid memory of the funeral is of an aunt telling her that the bow in her hair was crooked.   In your interview you talked about working out the way a reader would receive your poems, we were impressed that you managed this so effectively, in economic, deep poems that will resonate with us all."  ELAINE, Dublin Book Club

We read your poems out loud to each other over lunch….sharing tears, and gratitude to you for catalysing this.  We adored the strong feminine mother voice: so much resonance.   FIONNUALA HERDER-WYNNE, The Netherlands & ÁINE MARIA MIZZONI, Ireland

I can see Heaney's influence in your poems too. I kept thinking of Death of a Naturalist reading Crabbing. Almost echoes of "Digging" with the shared experience with your father. But you capture an altogether more suburban ethos in "Dun Laoghaire"; it's a poem for people of my tribe.  I haven't bought a poetry book in years, so, congratulations you broke the spell! CONOR O'LEARY, Dublin