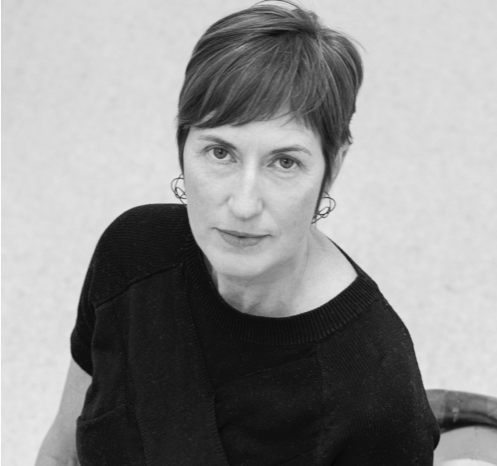 Alison Hackett was born in Cork in 1961.  From the age of eleven she was sent to board in Glengara Park School in Dublin. Her education continued in Trinity College Dublin from which she graduated with a degree in Mathematics and Economics in 1982 and a Higher Diploma in Education (teaching) the following year.  During the summer of 1981 she worked as student research assistant to Patrick Honohan (former Governor of the Central Bank of Ireland) assisting with econometric analysis of the national statistics.

She is the founder of the publishing house 21st Century Renaissance bringing to her work the belief that the right blend of design and writing can influence change and raise debate across a wide section of society. Her focus is on high quality print publications created and produced in Ireland.

For almost thirteen years she worked as the Institute of Physics representative in Ireland.  During that time she conceived of the idea for The Visual Time Traveller which she authored, curated and launched in 2013 with an exhibition on 6th December at the RHA Gallery.  It was designed by Origin Design, and printed and bound in the Netherlands by MM Artbook with an open spine - a distinctive feature of this highly original work.   Alison presented the inaugural lecture on The Visual Time Traveller at the RDS at the opening of their library exhibition on 2nd April 2014.  The Visual Time Traveller was selected by an international jury for the Global Irish Design Challenge exhibitions of 2016 (Dublin Castle) and 2017 (National Craft Gallery, Kilkenny).

In August 2012, Alison was shortlisted in The Next Myles competition in The Irish Times with a piece called Typos.  More than a hundred of her letters commenting on a diverse range of political, educational and social matters have been published in the Irish Examiner, Irish Independent, Irish Times, Guardian, Observer, Daily Telegraph and Financial Times and have been published by 21CR in a volume called Yours etc Letters printed in Irish and British papers 2010 - 2017  (21st Century Renaissance) in December 2017.  She writes an occasional blog and published a debut volume of poetry Crabbing (21st Century Renaissance) – a memoir of love and loss.

Alison presented The Visual Time Traveller in Mystic Noank Library in Connecticut in the Autumn of 2019 — her American debut and the book has now been requested to be added to the Library of Congress' collection. She signed an American poet, Arnie Yasinski, whose debut collection was published by 21st Century Renaissance on 23rd Jan 2020 in Poetry Ireland.

She has an archive blog and a new blog she started in Jan 2020.   ​She has three grown up children, one grandchild, and is married to Justin, a consultant surgeon.  They live in Dún Laoghaire close to the sea, but not quite as close as her first home in Currabinny on the south coast of Ireland.